How much is my HOME WORTH ?

Get new listings via E-mail

Be the first to know when new listings hit the market. Find out now
from our blog11/13/2012

Tips to Save Energy and Add Value

When it comes to energy efficiency, look for smart features and expertise to help you save energy and money and add value to your home. 1. Begin with a Right-Sized Home. If the home you buy is simply too large for you or your family’s needs or plans, you stand a good chance of wasting energy ... Read more 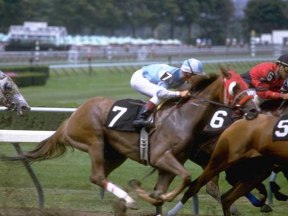 While the Kentucky Derby, mint juleps, thoroughbred racing and the singing of "My Old Kentucky Home" is the vision of Louisville enjoyed by many who have only heard about the city, Louisville was settled nearly one hundred years before the first Derby was run.

Originally settled in the spring of 1778 by a small group of settlers accompanying George Rogers Clark on his Northwest Campaign against the British, the Falls of the Ohio was destined for settlement - the rapids made it necessary for travelers to dock their boats and portage around the falls.

The population grew slowly in the early years as Indian raids and the rigors of frontier life discouraged settlers. The 1790 census showed 300 inhabitants; by 1800, the count was only 59 more. The increasing river traffic up the Mississippi River and into the Ohio River and the construction of the Louisville-Portland Canal in the 1820s brought prosperity to Louisville, named after the French King Louis XVI. Louisville was incorporated in 1828 and by 1850, it was the 10th-largest city in the country.

The Kentucky Derby began in 1875 at the Louisville Jockey Club, since renamed Churchill Downs. World War I brought Louisville's daily newspaper, The Courier-Journal, its first Pulitzer Prize for editorials urging U.S. participation in the war. The city's first airport, Bowman Field, was built in 1919. The city's first radio station, WHAS, aired in 1922. The first automobile bridge across the Ohio River, at Second Street, opened in 1929.

Although the Depression hit Louisville hard and Prohibition put most of the city's brewers and distillers out of business, Brown-Forman Distillers had one of 10 permits issued to sell existing stocks of whiskey for medicinal purposes and did so well that it is still one of Louisville's prominent businesses. The Flood of 1937 devastated Louisville just as it was beginning to pull out of the Depression, with the Ohio River cresting 40 feet above its normal level.

World War II brought manufacturing industries to the forefront of Louisville area economics. This included the construction of an artillery powder plant in Charlestown, Indiana and a Naval Ordnance Plant near the L&N railroad yard. Additionally, several plants devoted to producing synthetic rubber sprang up in what became known as Rubbertown. The Curtis-Wright airplane plant (later purchased by International Harvester) was established at the new airport, Standiford Field, which has since been renamed as the Louisville International Airport. In 1951, General Electric built Appliance Park, which until very recently was Louisville's largest employer. By 1963, 42 percent of Louisville's jobs were in manufacturing.

During the 1980s and 1990s the health care industry boomed in Louisville, with growth centering on the downtown medical center. UPS, United Parcel Service, selected Louisville as its air hub in 1981 and quickly became Kentucky's largest private employer and the nation's eighth largest airline. The ongoing expansion of Louisville International Airport is spurring additional growth at UPS, as well as attracting high tech and distribution companies which use UPS' overnight delivery service. Today, only 18 percent of Louisville's jobs are in manufacturing and service- and financial-sector jobs have replaced the blue-collar jobs which declined drastically in the 1970s.

Louisville is an easy city for travelers to get around in - the area's primary corridors - Interstates 64, 65 and 71 - converge downtown near the Ohio River. Interstate 264, the Watterson Expressway, is the inner belt around the city and Interstate 265, the Gene Snyder Freeway, is the outer belt. Louisville is within a day's drive of half the country's population.
Louisville's air travelers are served by Louisville International Airport, still called Standiford Field by the locals. Two general aviation airports, Bowman Field in Louisville and Clark County Airport in Southern Indiana, serve local pilots and offer flight instruction, charter flights and rental planes. The Transit Authority of River City (TARC) buses serve the city's mass transit needs. Louisville is also served by Greyhound Lines for bus service between cities. Several taxi and limousine services are also available.

The Jefferson County Public Schools, one of the country's 24 largest school districts, serves more than 96,000 students in 87 elementary schools, 23 middle schools, 20 high schools and 20 other learning centers that offer alternative and special education programs. Because of its size, JCPS offers a greater range of educational options than can be offered by many local education systems. More than 90 different options and magnet programs are available, from elementary to high school, including the Youth Performing Arts School, traditional programs and magnet career academies, in subjects from aviation to public safety technologies.

While the national average for school technology is one computer for every 50 students, JCPS has one for every eight students under an innovative program begun in 1983 as the New Kid in School, with the goal of putting a computer in each classroom, and has continued advancing as the New Kid Moves Ahead program.

For parents who prefer private school educations for their children, a number of options are available in the area. The Catholic school system, operated by the Archdiocese of Louisville, is the third largest school system in the state, with more than 22,000 students in Jefferson County. Other college-preparatory private schools and Christian schools are also available.

Louisville is home to several universities and trade schools. The University of Louisville offers classes on three campuses in Jefferson County to more than 21,000 students. Students may also attend Bellarmine College, Jefferson Community College and Spalding University, as well as the Louisville Presbyterian Theological Seminary and the Southern Baptist Theological Seminary. Technical training is available to students through the Louisville Technical Institute, Spencerian College and Sullivan College.

Thirteen general hospitals and five special service facilities offer medical care to Kentuckiana residents. A number of Louisville's hospitals have earned national recognition in recent years with the programs they have to offer. Kosair's Children's Hospital is Kentucky's only full-service hospital for children and has been named one of the nation's 10 best by Child magazine. Jewish Hospital's Transplant Center, in conjunction with the University of Louisville's School of Medicine, performed Kentucky's first heart/lung, pancreas and liver transplants. The Transplant Center was recently recognized internationally for performing one of the world's first hand transplants. The University of Louisville Hospital houses Kentucky's only Level I Trauma Center, serving accident victims from throughout the area with the assistance of its STAT Flight emergency helicopter services. Floyd Memorial Hospital in Southern Indiana is affiliated with the Joslin Center for Diabetes in Boston to provide care for adults, children and expectant mothers suffering from diabetes.

No trip to Louisville would be complete without a visit to Churchill Downs, home of the Kentucky Derby, and the Kentucky Derby Museum. And there's no better time to visit than the weeks leading up to the Derby, when the Kentucky Derby Festival is in full swing. Starting with Thunder Over Louisville, the largest fireworks show in the country complete with an afternoon air show, some 70 events fill the two weeks preceding the Derby. From KyDzFest!, featuring 200,000-square-feet of interactive activities for kids (and their parents), to The Great Steamboat Race, from The Great Balloon Race to the Pegasus Parade, there's something for everyone to enjoy at the Derby Festival.

A cruise on the Belle of Louisville, the oldest operating steamboat on the Mississippi River system, is a delight, particularly on a summer evening when the lighted city skyline greets you upon your return. For alternative cruising, there's also the Spirit of Jefferson and the Star of Louisville, which offers dining, live music and dancing.

Other sites to see in Louisville include Six Flags Over Kentucky Kingdom, the Louisville Zoo, the Louisville Science Center, the Falls of the Ohio Interpretive Center, and the Patton Museum of Armor and Cavalry at nearby Fort Knox. And don't forget the horse-drawn carriage rides through downtown Louisville.
While Louisville has that small-town friendly atmosphere that attracts families to settle here, the Louisville arts scene is strictly big city. Actors Theatre of Louisville, which opened in 1969, attracts critics and theater people from around the world to its Humana Festival of New American Plays. Kevin Bacon, Kathy Bates, Ned Beatty, Timothy Busfield, Karen Grassle and Holly Hunter are just a few of the many actors who have appeared in Actors Theatre productions over the years. The hottest Broadway shows on the road always stop at the Broadway Series productions at the Kentucky Center for the Arts.

The Louisville Ballet, which has hosted Mikhail Baryshnikov, focuses on a classic ballet repertoire, including the holiday favorite and annual sell-out, The Nutcracker. The Louisville Orchestra is the only orchestra in the country with its own recording company, First Edition Recordings. While many productions of the Kentucky Opera are traditional works, the Kentucky Opera Association also had a strong history of exploring contemporary works and was the site of a premier of a piece by Philip Glass.

Not all arts performances are costly for families on a limited budget. Shakespeare in the Park annually produces several of the bard's works for outdoor performances which are free to the public. When performances by many of the smaller arts groups, whether music, theater, or visual arts, are penciled into your calendar, your schedule can fill up quickly in Louisville.

Shopping opportunities abound in the greater Louisville area. From the regional malls to neighborhood antique stores, there's something for everyone who wants to shop in Louisville. You won't want to miss visiting Hadley Pottery and Louisville Stoneware, where you can purchase hand-painted dinnerware and ornamental pieces and even have them personalized. The Kentucky Art and Craft Gallery is one of many galleries throughout the city featuring works by Kentucky's artists and craftsmen.

More than 800 churches and synagogues representing more than 50 denominations serve the spiritual needs of Louisvillians. Louisville is the headquarters of the Presbyterian Church U.S.A., as well as the home of the Louisville Presbyterian Theological Seminary. The city is also the site of the Southern Baptist Theological Seminary, founded in 1877 and now the second largest seminary in the world with a student body of more than 3,000.